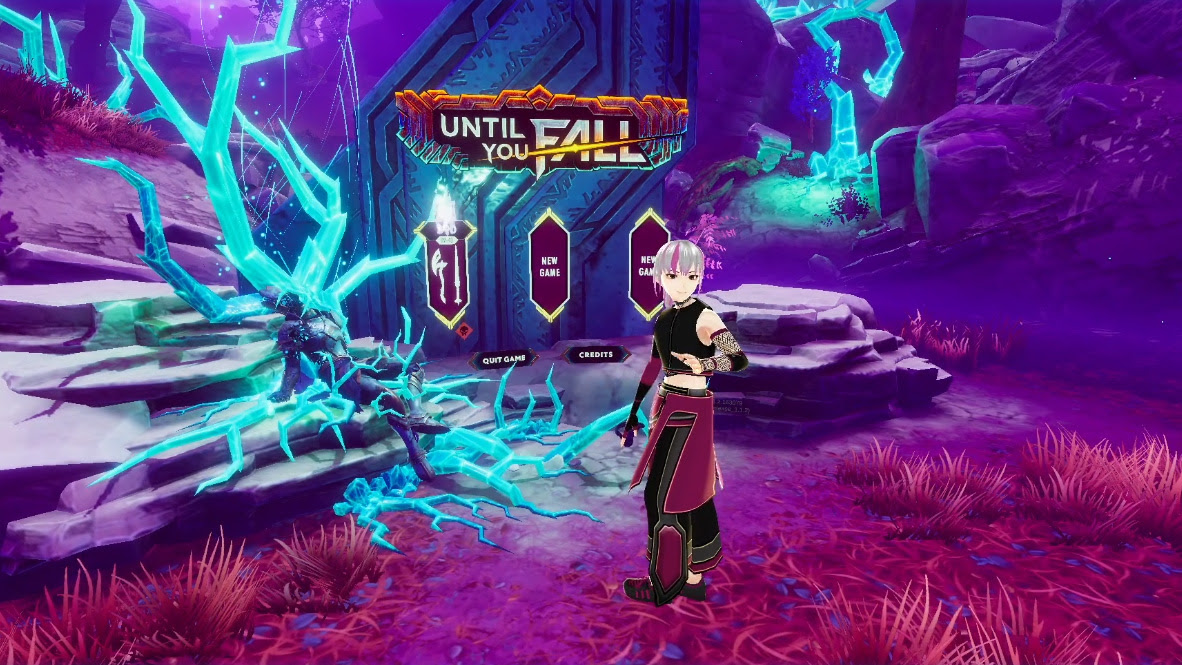 When I heard the name of a game named Until You Fall I had no idea what kind of a game to envision. If it weren't a VR title I might have actually figured it out. The thing is, Until You Fall is a rogue-like game. Now the name makes sense! After you put on your headset and start the game you will become an unnamed last remaining rune knight who is the only one who can fight the horrors that ran over Rokar, once a magically advanced civilization. Equipped with one or two melee weapons, you can cast spells, dodge attacks, and hack and slash through magic monsters until you fall or after you defeat all the enemies and successfully run through the available campaign. Since this is a rogue-like game you are more likely to die many, many times before you defeat the final boss. The run consists of enclosed relatively small areas that are connected to each other. After you defeat a batch of randomly generated number of enemies in each area you will be allowed to pick a reward that will last for the remainder of the run. You can upgrade your weapons with abilities or you can upgrade your own abilities, or you can recover health or gain additional health. The last possible reward is Aether, a magical substance that works as a currency in the game. After you die, you appear in a hub where you can spend the Aether and let a runesmith forge you new weapons or spells or you can also let her upgrade them. The upgrades done by the runesmith are permanent. The weapons gain levels, their stats increase, their abilities get better. They also have a special ability that needs to be charged and then it can be used.

The actual combat is more of an arcade experience rather than mindlessly hacking and slashing at virtual enemies. There are two ways how to damage your foes. You can either hit them when they do not block which will slowly chip away some of their shield 'life' or you can block their attacks to destroy their shields for a while and then unleash a deadly combo that will deal huge amounts of health damage, the wider the attack the more damage. In order to combo off you need to align the attack with a line that will show up. After your maximum combo attacks end the enemy will become invulnerable for a while and will start attacking again. Before a foe attacks a blue bar will show up where the attack will land and it will start filling up with color. When it fills up the attack will land and will hit you unless you put one of your weapons there to block. Some attacks are slow but some are fast and can also come at you in quick succession. There are other attacks that will require you to dodge in a given direction, so you will need to be prepared to dive or tilt (or step out of range). You also have the ability to dash in any direction. You can either use this to avoid AoE, attacks with bigger reach or ranged attacks. You can also use this as an attack because it deals guard damage and can help you break the shield faster. There is a limit to how many times you can use it, but it replenishes quite fast. You can decide how to use this kind of an ability and upgrade it in a way that suits you. Similarly you can choose and upgrade the weapons you'll use in combat. The lighter the weapon the faster it moves. A dagger or rapier will simply follow the movement of your controller or tracker and thus are great for blocking but heavier weapons like a mace or axe will lag behind but can deal huge amounts of damage. Pretty cool feature for a VR game. 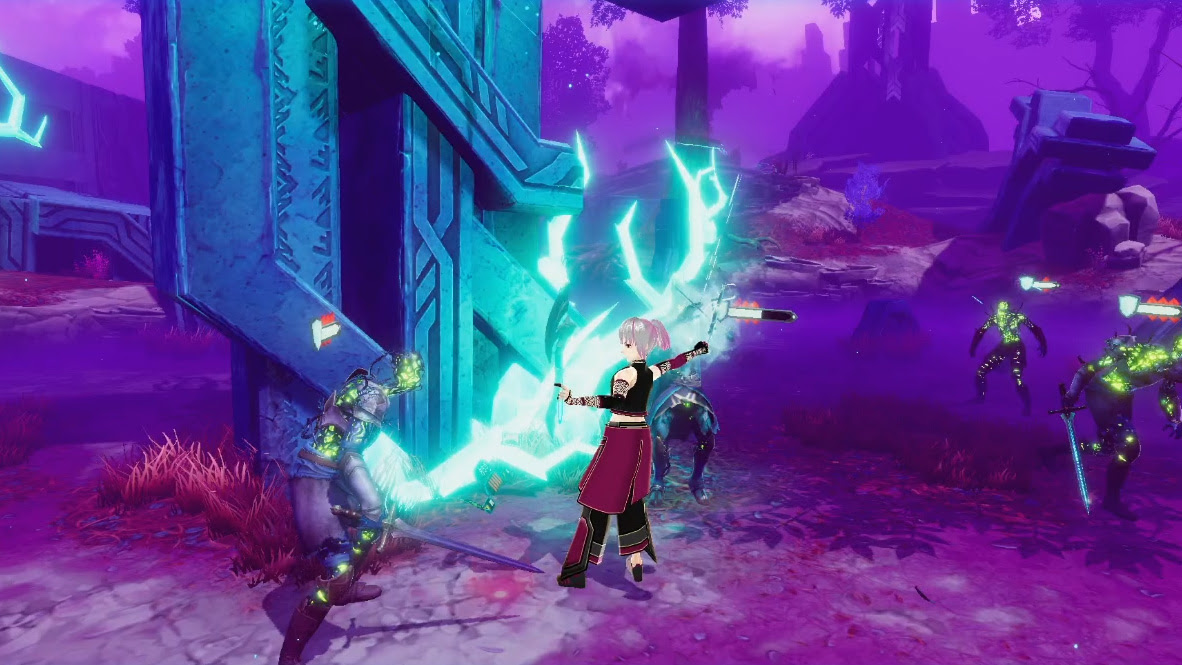 First few runs you might be a bit lost about how the game works. You will have to figure out the pace of the combat, when you can and can't attack (at some point enemies are invulnerable), and what weapon combination you want to use and which temporary upgrades will be the best for that combination. At first you might just want to go as far as possible just grabbing aether, buying all the weapons and testing them out (and upgrading those you want to use).

The key of survival is fighting enemies one by one or in smaller groups. When you fight one foe another might come and start attacking. You might see a exclamation mark show up and then hear the attack so you can turn after that sound, block the attack, and continue fighting either of the enemies you battle.

The world of Rokar is a very colorful place with neon glowing flora, magic and crystals. While it gets darker and darker the further you get it still has a great contrast. The particles, special effects and atmospheric effects make it feel even vibrant. The soundtrack suits the pace of the game and makes you want to stay active hacking and slashing at enemies to the rhythm of the songs. Sound effects are great and the spatial sound will help you orient in battle without the need to constantly look around, being afraid of an incoming attack.

The game can be played seated even though I wouldn't recommend it if you can stand on your feet. While you don't need to move around physically (you can use thumbsticks for that) it is often better to move in real life than to fiddle with the game's locomotion following your headset in the middle of a battle.

The locomotion and turning is the only downside of the game even though you may not need this that much while you play the game. 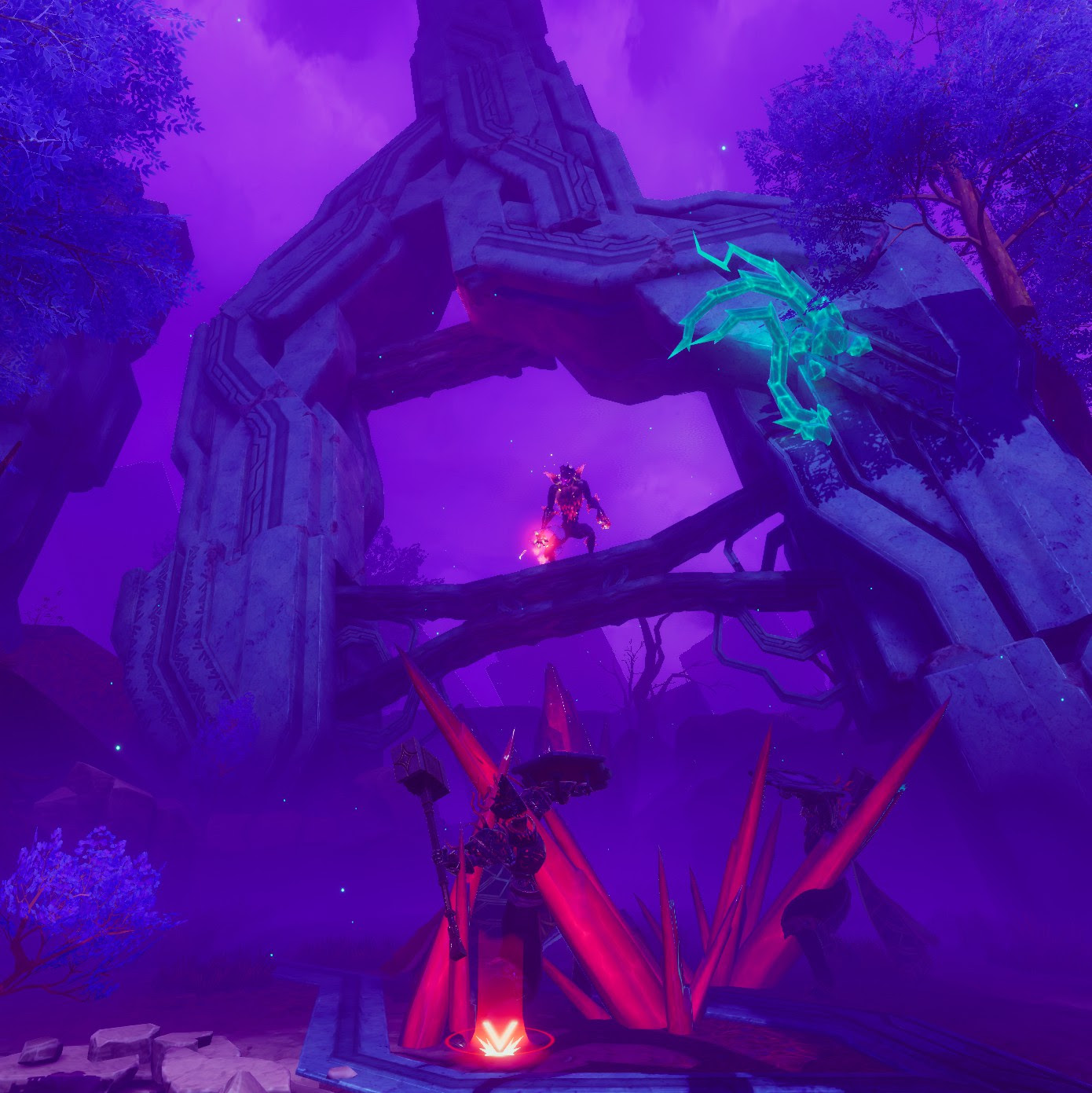 Verdict:
Until You Fall is very polished VR game that allows you to choose the way you will fight and offers you an environment in which you can become better and explore everything the game offers. It shows that there is a fun and efficient way how to approach melee combat in VR games. There is depth, complexity and freedom - you can just simply mindlessly run into the fray or carefuly study the game mechanics and enemy attacks first. The game has great visuals, effects, sound and music, quality of life features and great menu. It is a great game and experience.

Thank you for reading,
Ren