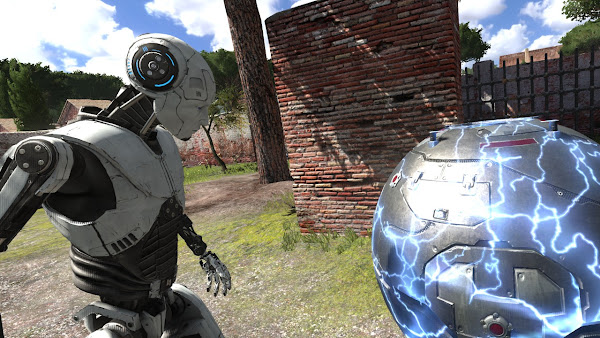 The Talos Principle is a puzzle game with a story that asks philosophical questions about being human, life, death and eternal life.

You will wake up in a garden and hear the words of Elohim, god-like creature claiming to have created you, guiding you one of his children to a temple and telling you to pass different kind of tests.

You will learn that you should be collecting Sigils to progress. Each of these is at the end of a spatial puzzle. Each of the puzzles is taking place in a closed area that can often feel like a labyrinth. You will have to deal with forcefields, sentinels (some explode when you walk closer to them), laser guns, closed door etc. For that you can use one or more tools you will get on your journey. For example, one tool will allow you to redirect laser beams, other will disable a forcefield or stop a sentinel in its track. There is also a cube that you can use in various ways (climb, or use to put pressure on something) and a fan that allows you to get to difficult to access places for example. One of the weirdest tools is a recording device (when you need two people to solve the puzzle). 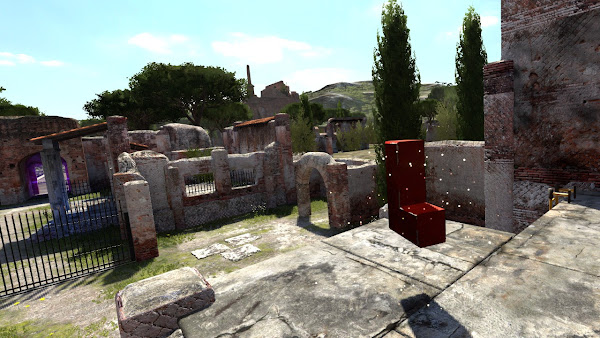 The Sigils you will be collecting have a form of a tetrimino and are used to unlock doors. You will unlock a way to other very distinct worlds. In each world there is a hub from which there are doors leading to other parts of that one world. There you have the individual puzzles rewarding you with the Sigils. The Sigils have different colors and the difficulty of the puzzles is also reflected in that. You will start with collecting Green and Yellow Sigils mostly and these puzzles are quite easy. The green ones are good introductory puzzles, yellow ones are about testing what you learned from the green ones. In the later stages of the game all you will be collecting are red tetriminos and it is where it starts to get complicated. While exploring the worlds and solving puzzles you might come across golden stars. Those you can also collect and will take you through a hidden door to other puzzles. In order to get a golden star you will have to think outside of the individual puzzles, you will often need tools from different puzzles. There are different ways how to solve these and are very fun. Actually sometimes you won't even see the star itself, you will just encounter something that's not supposed to be there and after you get there you will discover a star. All the puzzles are very satisfying to solve and the star challenges were really brilliant and often breathtaking. The names of the puzzles are something to pay attention to, especially if you get stuck because they will give you a hint.

One of the great things is also the fact that you don't need to do any of the puzzles in a certain order but you do need to collect specific tetriminos and certain amount of stars in order to open doors. It gives you freedom and also won't frustrate you if you get stuck. You can just go do different puzzles and come back (to realize how simple the solution was). All the puzzles are very well designed and while some need you to stack objects in a certain way you will mostly be thinking about how to effectively use the tools at your disposal since you've got a limited amount which is lower than the number of obstacles. 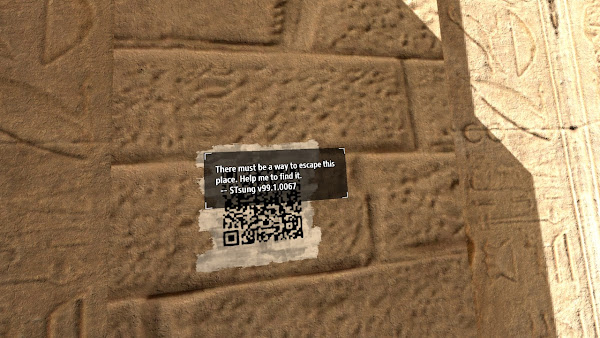 While exploring you will encounter QR messages from other children, audio logs, and (beeping) terminals. This is where the story part of the game takes places. When you hear a beeping sound and go closer you will discover a terminal on which you can read messages and articles from a corrupted archive and this way you will learn that something went terribly wrong. You will start asking yourself questions and later you will start a conversation with conscious artificial intelligence. It is here where most of the philosophical questions will be asked. This being will start questioning you and you will have to think hard how to answer. Your point of view will then be questioned and it is up to you whether you change your mind or not. The thing is, you are a robot while you think you are a human being, but are you?

You will start to think about mythology, eternal life, God, technology and (trans)humanity. Maybe you'll start pondering about your own future and the future of today's society. You will always be given a lot of time to ponder about all these questions and doing puzzles in the meantime. When you hear the next beep, you will most probably be ready for next encounter.

The conscious in the computer system will start making you doubt your creator - Elohim. You will most probably start questioning Elohim (hopefully because than the game will end prematurely) and start wondering what's at the top of the Tower which he forbid you to visit and will remind you of it whenever you start climbing up. If you decide to climb the tower you will learn even more and will still be able to decide what the outcome of the game will be. 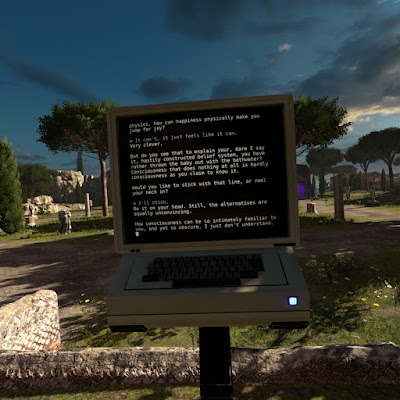 I'm not entirely sure how to write about all that is going on in the game, I'm not that good of a writer. The experience is very unique and personal. The story is very deep, poses very important questions and everything is very well written. In all that there is even room for humor.

Even though I wanted to end the review here, I should also comment on graphics and sound. The game is very beautiful. The environments are large and I spent hours just walking around enjoying the view, the atmosferical effects and even tried to reach different places to see the environment from different point of views. This sometimes resulted in me stumbling upon a golden star. I had no problems with performance in VR and enjoyed a crystal clear and sharp textures all the time no matter how fast I moved or how close I was a wall. I was actually surprised how well the game looks on Rift because many games don't that great compared to Index. I would have never guessed this game is from 2014. Music and sound is excellent. Music is a delight and I'd just stand on the beach, watch the setting sun and listen to the music. The little voice acting there is, is impeccable - in terms of it makes you feel emotions and not many games I played achieved that. 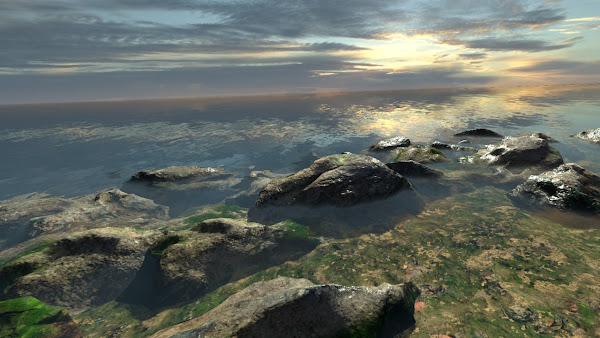 Verdict:
I bought this game for the puzzles but very soon realized that it is not about the puzzles. While the game can be played just as a puzzle game, and very good one, you will miss a lot if you ignore the story. The story is philosophical, thought-provoking, well written. The game has a very good learning curve, is also well structured and offers even more challenging puzzles to hardcore players. The game environments are distinct, beautiful, breathtaking and simply serene. The music is soothing for the soul. In overall it is a perfect game.

Thanks for reading
Ren