It's time to catch up with Beatmania IIDX releases!

When feeling utterly unable to play Magic I decided to see if I can manage to get Beatmania IIDX running because that is one of the things that always made me feel better. My original plan was to attend a Anime convention where one can play music games during the whole event. That's where I played music games for the most part in the last 7 years. Since I had to stay in my flat due to terrible pain I decided to try running some music games in my flat. I was afraid to try it before because we can practically hear anything in the building we live. Someone seems to be playing DDR or something above us so I decided to try IIDX. If this would be ok and no one would complain I'd try Pop'n Music then (so far no one complained, and my flat mate is a hero that he can listen to this. But when he's going to go to work once again I may have troubles finding time to play...)

First I had to move the controller and put it on a stand. I have to say that those 21kg felt way more heavy than I remembered! After few unsuccessful attempts at trying to lift the controller and not destroy anything in the vicinity (window) I managed to move it and place it on the stand. 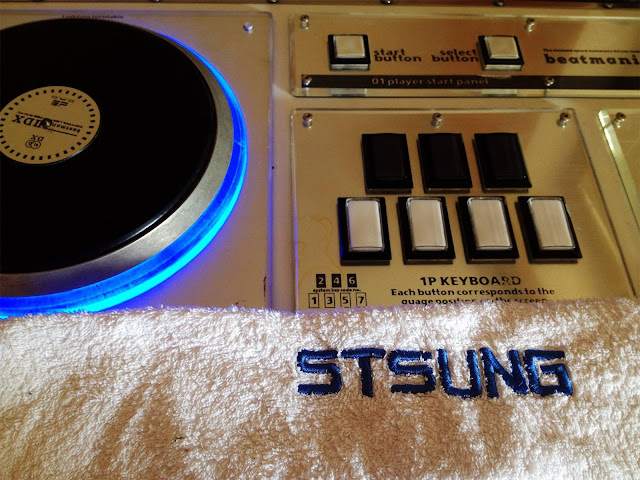 Then I had to figure out how to make the game work and get Japanese locale working, obviously my 'new' notebook did not hear about such a thing yet. For some reason I do not understand why software can't show in Japanese when I have East Asian languages installed?

After some struggles of trying to make some IIDX games working and synchronize my system I finally managed to get 'something' working. During the process of getting the game to cooperate I got some nice Es. Later I started getting normal scores but among them I managed to get some failed As as well. Obviously I'm both good at clearing songs with E grade and failing songs with A grade^_~.

Since then I played more or less daily. The very first day I was struggling to clear some level 7 songs even! My hands started to ache mid song and resulted in me missing many notes and failing the song in the end. Two days later I cleared more or less all the level 7 songs I played and I tried playing few 8s. Well, I failed those. Two more days later I cleared all the 8s I played including the ones I failed earlier and I AAed some and Aed the majority of them. My body is now full of energy and power. I feel like jumping around and my hands desperately want to hit the keys of my Real Edition.

I also found out that newer styles than IIDX Sirius treat hi-speed differently and that there are also some strange numbers on sudden+. After trying to figure out how this works and eventually figuring it out I came to actually like that. Unfortunately the IIDX games do not run well on my PC. But at least if I ever get to play on a real machine somewhere I won't get totally confused like I did when I was trying that on my PC. Since when setting 3.15 hi-speed on a 200BPM song is right?

As for my play style and reading ability. Obviously I still have my reflexes but I need to develop some strength and speed again. As for reading if I try to read the notes or set a slower speed mod I just can't read it. When changing the speed to something higher though my hands somehow hit the right keys and my eyes just see the combo flashing not understanding the patterns I see in front of me. I guess I will have to learn reading that again (the green number helps with that! I do fine on random too, my brain just somehow can't process that consciously...:-/)

After my first few days I wanted to see how my hands look like when playing the game so I tried to figure out how to record a video of my hands. I tried several different setups (without a proper tripod it's not easy to do). So in the end I stacked some Wizards of the Coast products on top of each other and placed my camera on top of it. The not so cool thing about it is that it also hides about 18 percent of the screen I need to see in order to confirm the notes. This didn't stop me from doing the video. So practically this was played with Hidden turned on which is not a mod I handle well (I need to actually see the notes near the bar) and with quite a big lag and frames dropped :-/

During one of the days I played some easier songs and while I was playing one song I was like 'oh, maybe I can full combo this'. This came out of it. 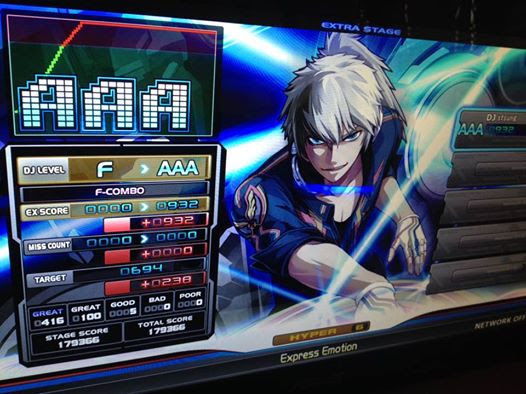 One of the new things for me (I know I'm like 7-8 years late to this) are charge notes. I have to say that they are still pretty confusing for me but I managed to clear 8s with them already so I guess it got better! At least I'm far better at this than similar thing in Jubeat. Those songs I totally FAILED.

So far no one complained about me playing IIDX so I will try playing PNM later and continue playing both games. With a bit of luck I may reach my previous level of clearing 10s and some 11 level songs (and 40+ in PNM). I remember that last time I played I had difficulties with even level 32 songs so I will have to relearn some stuff! 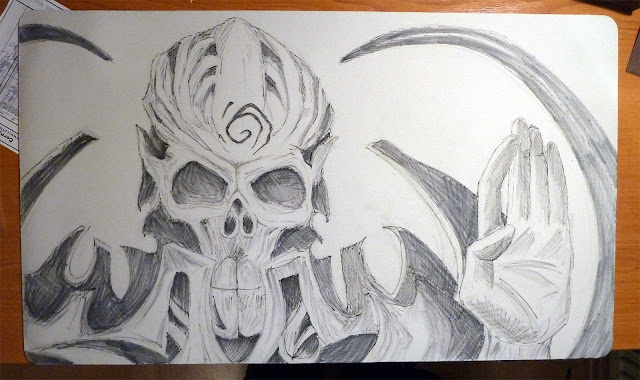