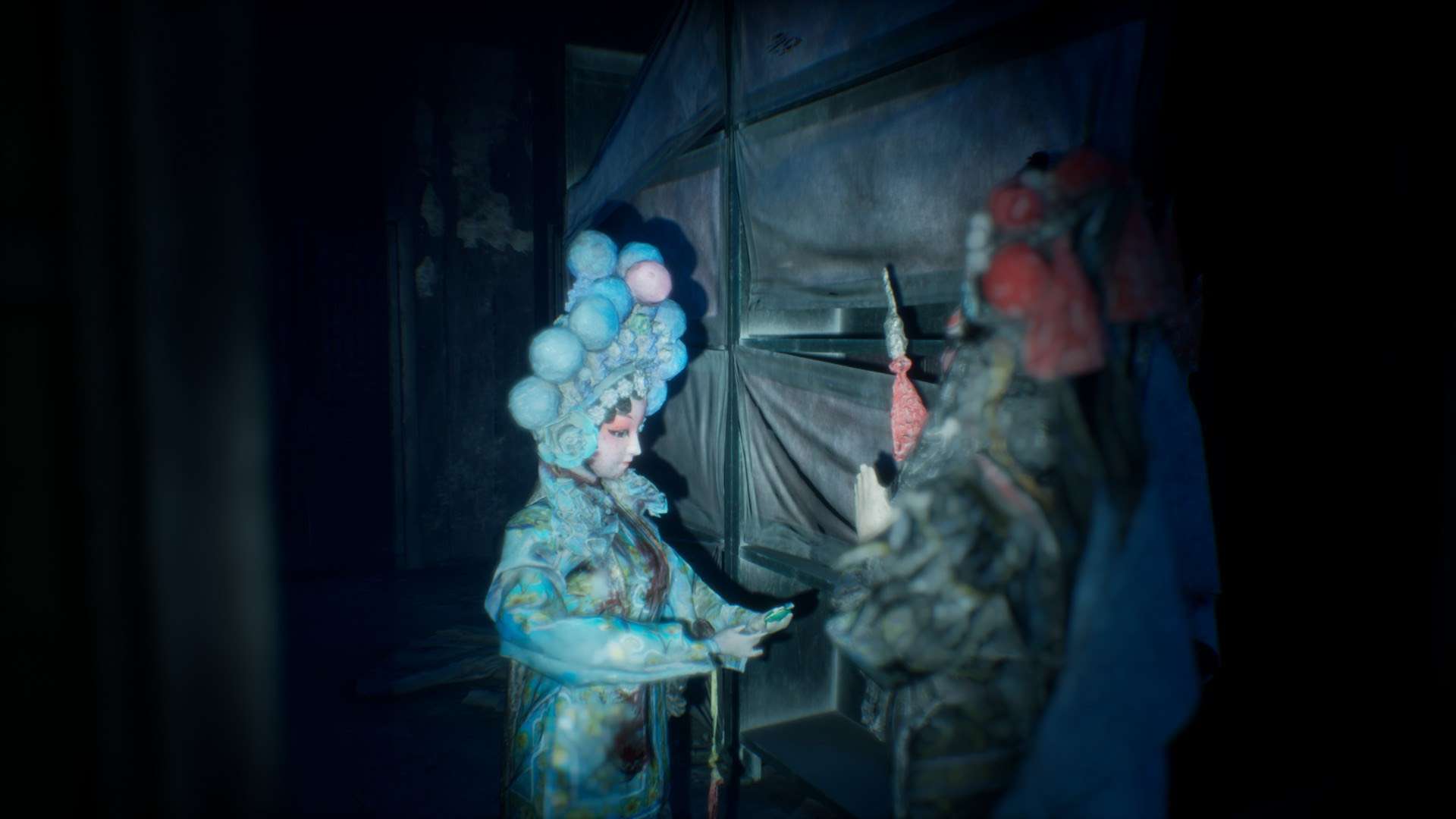 The game starts where the first game ended, on a second floor of an old abandoned Yin mansion. Yang Mingyuan mysteriously appeared in the mansion after a car crash where he tried to find his daughter and his search continues in this game too.

You will explore the mansion at crawling speed while collecting clues, journal entries, and dialogues from the past. You will also need to solve puzzles to advance, unlock locked or sealed door and interact with spirits. The game introduced combat system. At the beginning you will have to hide or run away from the spirits but when you acquire weapons you will be able to defend and attack. Each spirit has several lives and thus needs to be shoot several times. The spirits have weak points when they attack, so if you shoot them at that time you will just need to shoot them twice. Otherwise you'll need to shoot 4 times. There are jars of wine scattered around which you can use to your advantage as they will explode and take down a spirit/paper doll nearby. There are boss battles in which you will have to take down one spirit several times before you will be able to seal it away. These can become frustrating depending on your skill at defending or attacking at a precise moment. The good thing is that you now have one additional life, so you can take one hit. There is a way to cure yourself, which may be needed during boss battles. 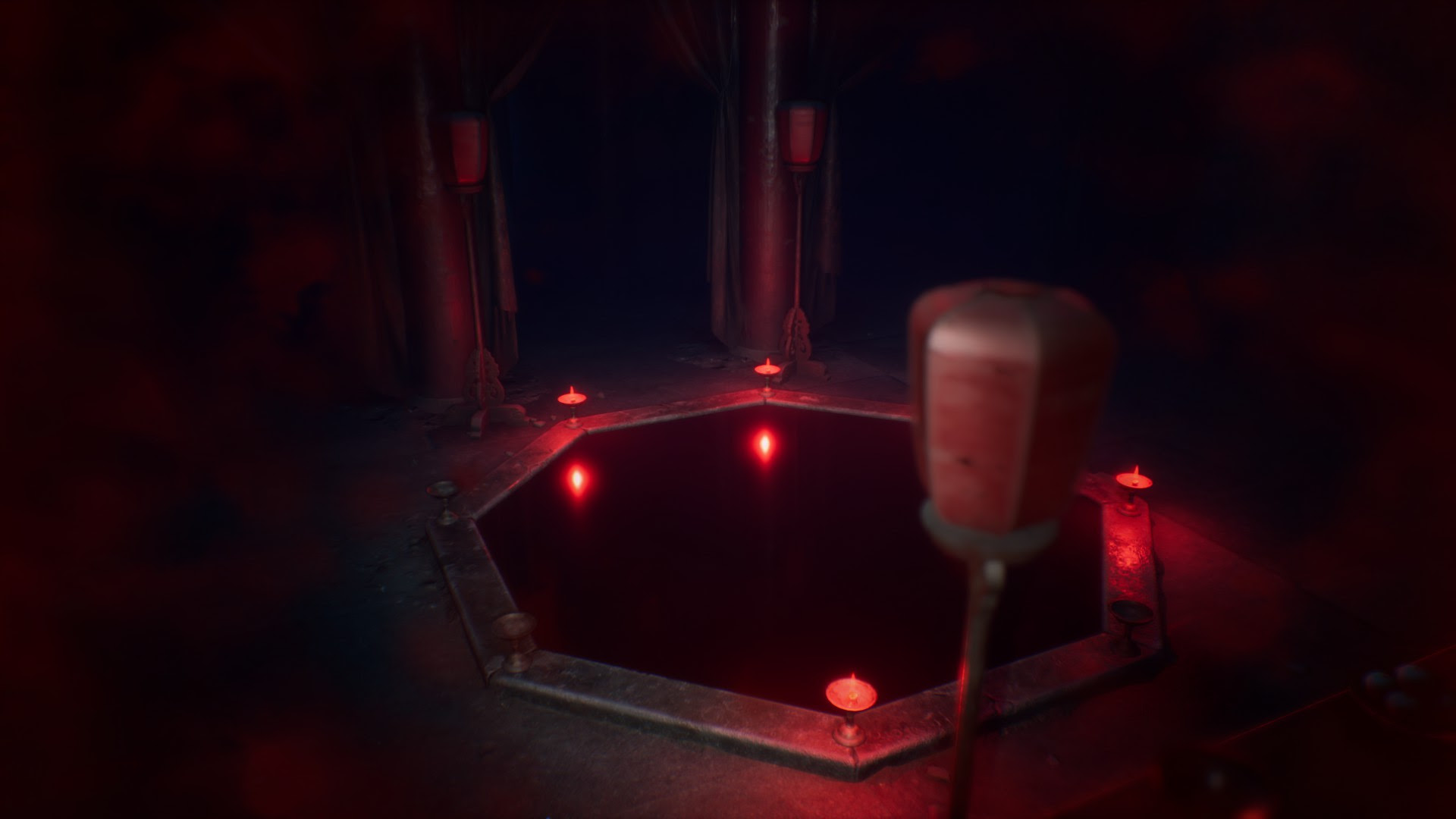 The game also has autosave feature but it's not that great. It will autosave before a major event but only once during the playthrough. The game won't save after that event so if you die right afterwards you have to start all over again.

The puzzles were a disappointment for me in this game. It may be because I got used to the style from the previous game and did not find most of the puzzles intriguing or fun. There was just one puzzle that I enjoyed (mirror room one). I solved half of the puzzles by trial and error and half by just following instructions. Most of the puzzle clues seemed irrelevant to me (if the talisman is confusing to you, all you need to do is set it to characters that are written on the seal). 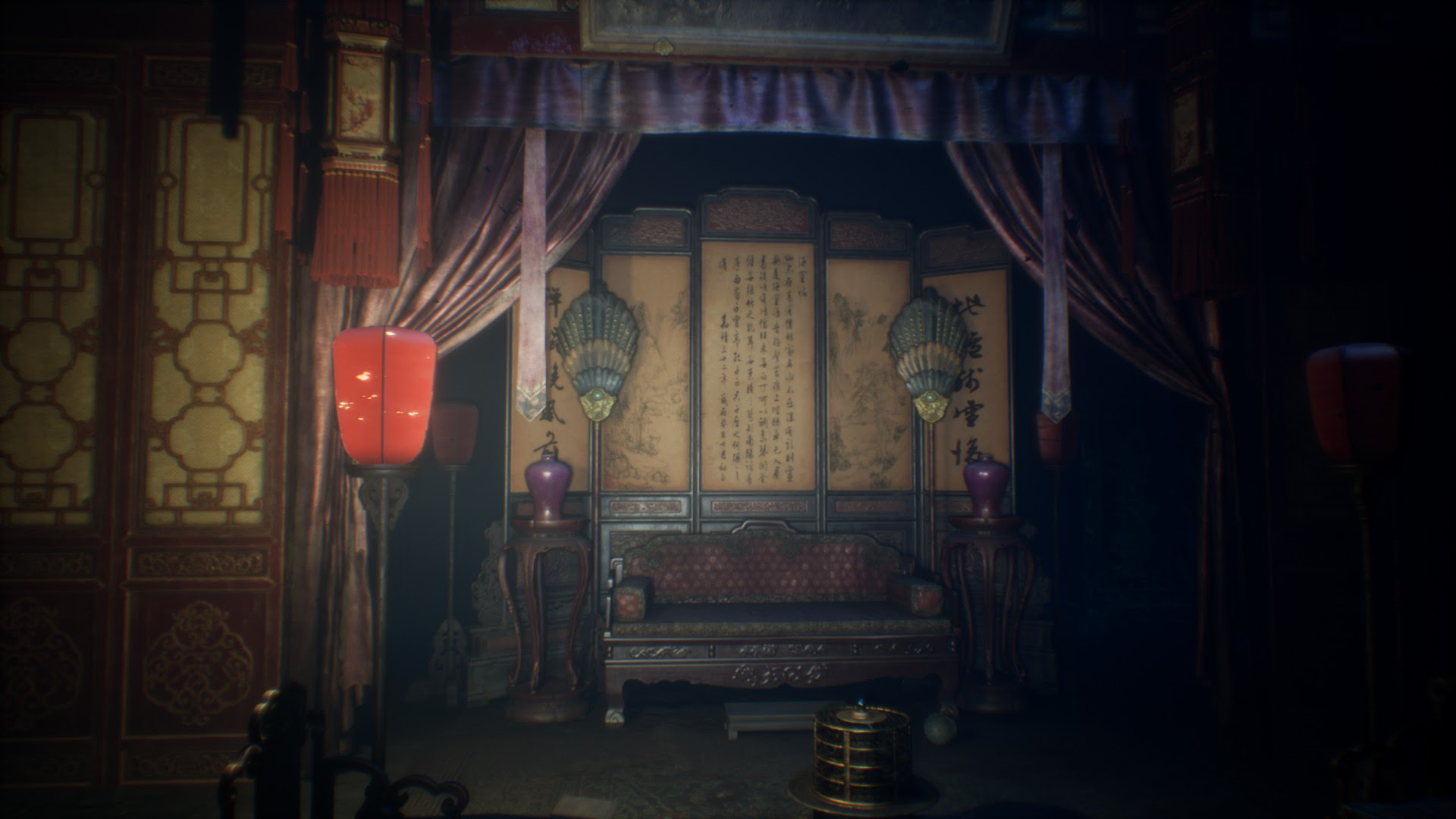 The game is longer because the play area is larger (two floors). I was afraid it would have negative impact on the game but I found it well balanced. You won't need to be running around like crazy searching for something since what you need is most of the time close to the location where you need it. Later on, it won't be that way, but you will also know where to go with the item you received. It won't take you that long to reach the place. I'd still recommend saving the game close to the location you are going to visit next and memorizing the plan of the floors.

As for graphics and sound. I found both good. They are better than in the Paper Dolls: Original. The environments are more detailed and even more atmospheric. The sound is better, primarily due to the fact that you won't be going through door that often and because the voice acting is done in Chinese. I wouldn't say it's great but it keeps you immersed in the game. Music is great once again.

Verdict: The game has nice feel, graphics and sound. I'd enjoy just walking around the mansion in VR. The larger map may be upside or a downside, but I found it well done. Combat is something that frustrated me through majority of the game. I spent 3 hours running around the mansion and 9 hours in combat. Spirits have different behaviors but once you get them you shouldn't have much problems with them. The puzzles were disappointment as I did not need to use my brain (mostly used it for fights in which I terrible died because I'm incapable of controlling the protagonist). I wouldn't recommend the game to anyone, but if you enjoyed the first game you will most probably enjoy this one too (I didn't but still finished it for the story - the Yin family story concludes in Paper Dolls 2).

Note: There are cutscenes in the game and they can be skipped by pressing Escape and E.

Email ThisBlogThis!Share to TwitterShare to FacebookShare to Pinterest
Labels: Gaming

Since the game is quite difficult and there doesn't seem to be a guide, I decided to write a quick one - Puzzle Solutions 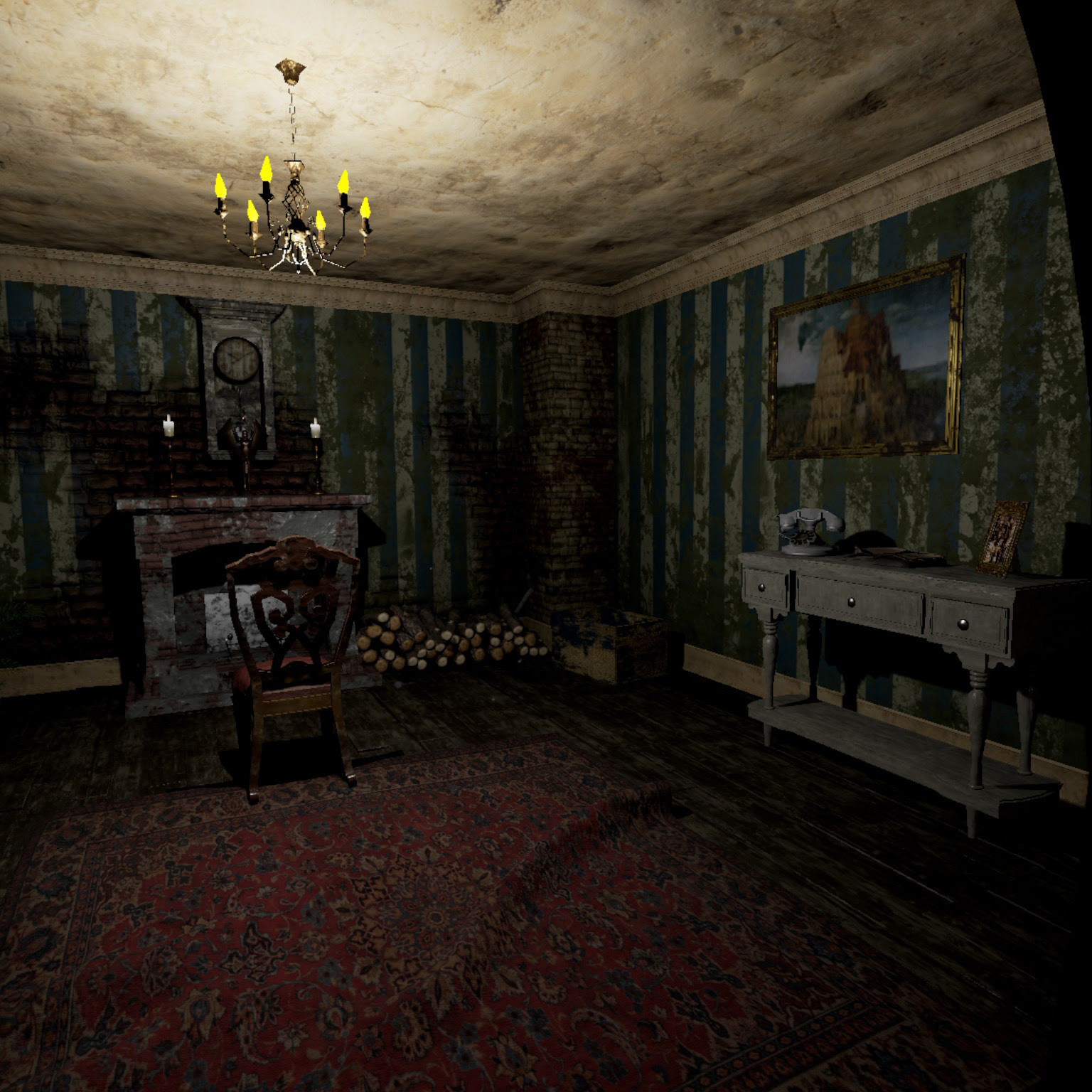 Subject 264 is a VR horror puzzle game developed by Virtual Guys. I never heard of either but the game was a very nice surprise and I'm thankful I came across it.

You wake up in a room with no memories of your past and all you can hear are creepy sounds. The surroundings are also very creepy. You look around and you don't see a way out. It is up to you now to figure out how to get out of the very first room with 'Subject 264' written in blood on the wall. You will explore your surroundings and interact with different kind of items and you will have to solve your first puzzle. When you do, you will be able to go outside this room and reach another room where you'll have to figure out what to do next. While trying to escape you'll be uncovering your own past and start wondering if what is going on is real or some kind of an experiment or something just in your head.

The game is very atmospheric and I fully immersed in it which also made me tip toe around the rooms and corridors and my immersion was broken only after I ran headfirst into a real life cabinet or table. The feeling of something being totally wrong will stay with you throughout the game making occasional jump scares even more scary. 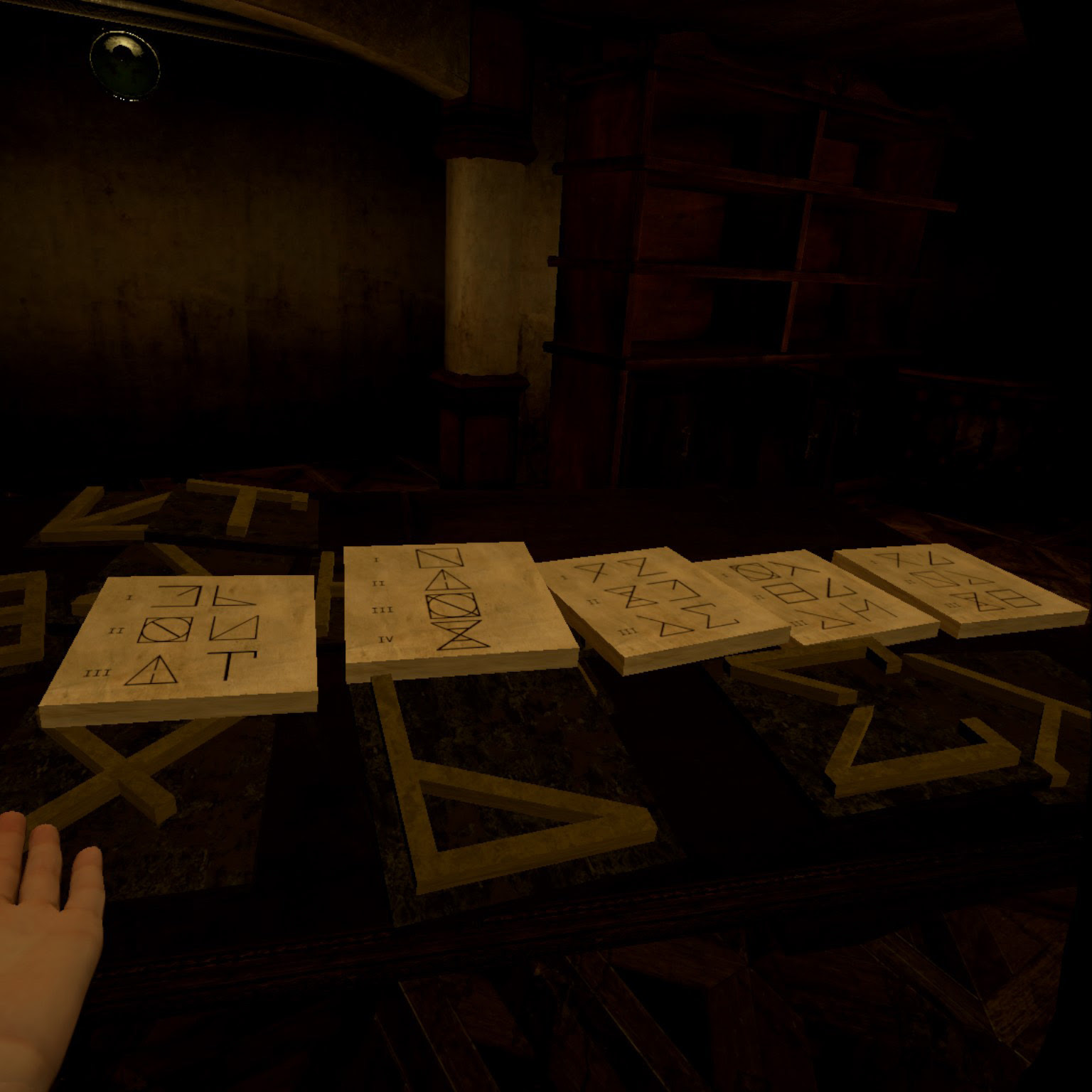 The puzzles are not particularly easy. While there is logic in them it may not seem like it at first. I went through the first part by trial and error. If you get stuck on a puzzle and you are in the correct room you will hear (your) voice giving you a hint. They are mostly helpful (there was one hint I totally didn't get).

Graphically the game is nicely done, offers different environments to enjoy. There are relatively well preserved rooms like the one you start the game in, ones that are less preserved (the following one) and then ones that are very creepy and scary. Some areas are very dark but you don't need to venture there unless there is a flashlight nearby. In that case there might be some key items in the dark.

Sound is good, there is some tense music and background noise and voices. The voice acting is not bad and it is easy to understand. The sound effects do not break immersion and actually make it better.

The not so good about the game is the fact it was designed for Vive and therefore the controls for Rift are not ideal. It does not seem to like Knuckles either. The game requires 360 degrees tracking and tracking at the floor level since you will be forced to pick up items from the floor and you need to actually grab the objects (can't grab them from distance). There are two types of locomotion - normal joystick one and teleportation - but both are rather slow. 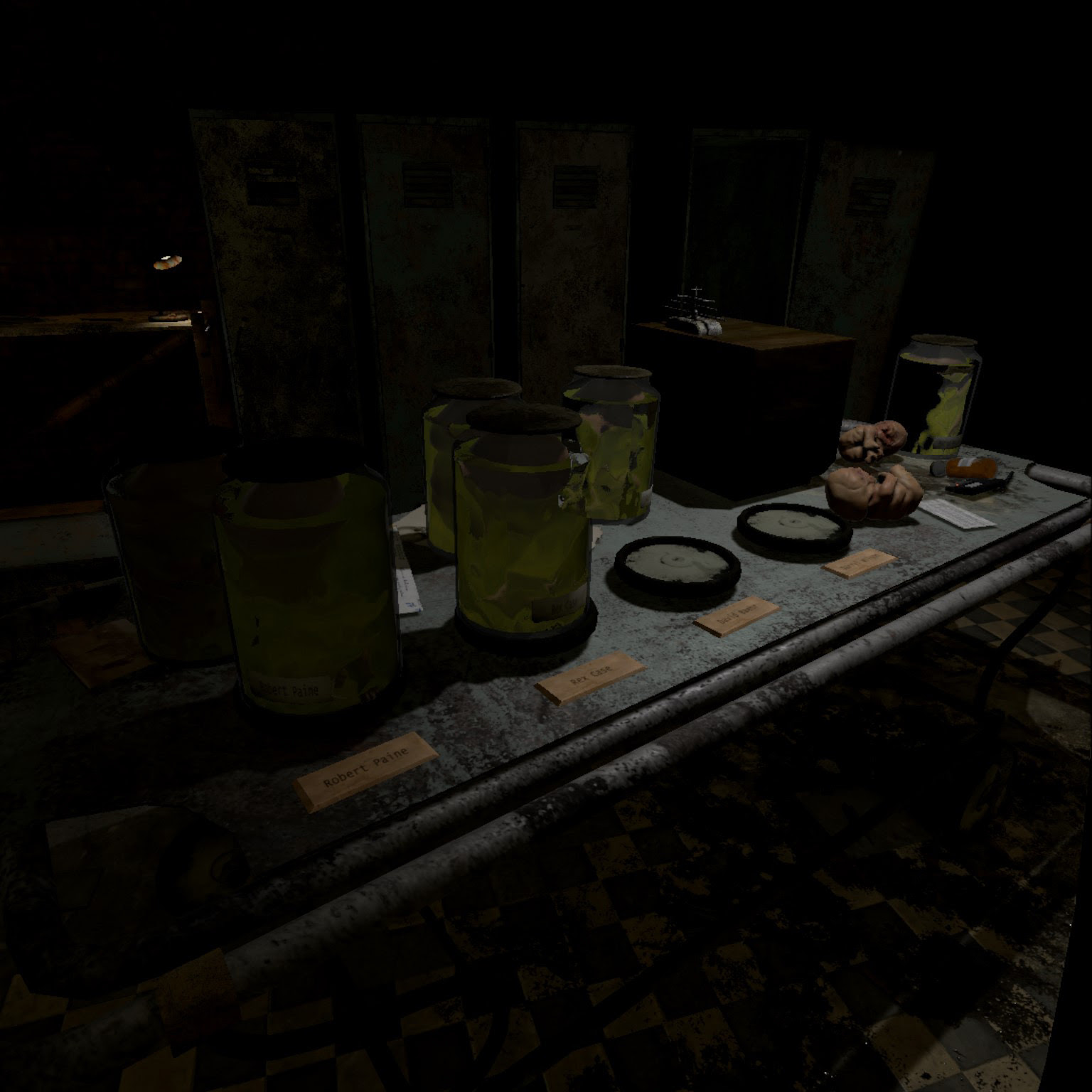 Verdict:
Subject 264 is very atmospheric psychological horror puzzle game that will immerse you in the story and dark past of subject 264. The puzzles are unique, well designed, and not very easy to figure out which makes the game relatively long (5 hours). Graphics and sound are also very well done. There is lot of detail and variety in environments and many objects one can play with which makes the game great for exploration. I'd highly recommend the game to anyone who likes more complex puzzle or escape rooms. Since the game is rather serious, dark and very grave I wouldn't recommend it to people who are struggling with deep depression or unhandled traumas.