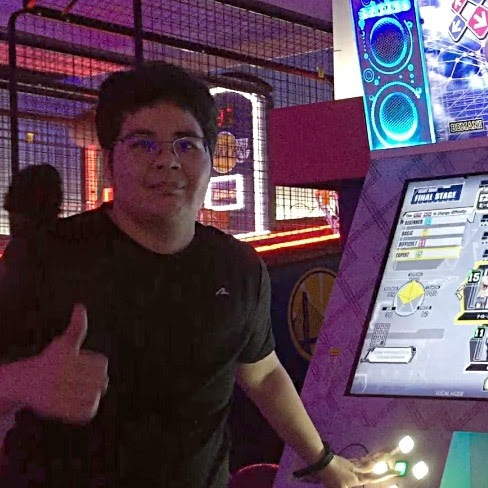 Welcome to my blog wandering soul,


If you ended up on this page you probably are interested in reading something about me. I wrote quite some text about me but decided to delete it. I don't know what you are interested in knowing and if you indeed are interested in me just contact me somehow. You can find me here, on Discord (stsung#1564) or at Twitter (stsungjp).

From just looking around this blog you can probably figure out that I like games. It was always like that. Just the games I played were different and it seems that I will play games 10 years from now as well. So here are some random facts about me and games.

Gaming
Since my early childhood I was fascinated by video games and other games in general. This pretty much sums majority of my life.

I like games that challenge my mind and that can be played in a competitive way. My favorite computer/video game genres are: RPGs, turn-based strategies, fighting games, logical games, music games. The other games can be put into two categories - card games and board games.

During my school years I was known as a hard core gamer and many people just couldn't understand that. Well, computer was my best friend. My social skills are not great, but if you will see me one day, don't be afraid to talk to me. It might take me a while to say something meaningful but I will eventually manage to speak.

During my earlier and carefree life I participated in many tournaments in different games be it either an FPS, a music game, a card game or a board game. And I was quite successful at all of that.

Music Games
Music games became part of my life since 2004 when I first played Dance Dance Revolution. I can thank my sister for that. This started a chain of events that got me to European and World Championships in this game, taught me something about business and gave me the opportunity to meet many wonderful people and future friends. There are still communities scattered across the world that share this passion.

Video Games
No matter what, these games taught me many things - first of all... I learned how to read and write in English. I learned some basics of other languages too and I don't mean just the ones people usually speak. But I ventured into scripting in LUA and programming in C++. Playing all those video games also taught me how to write more or less. I was writing game reviews, game guides and other gaming related articles.

Card Games/Board Games/RPGs/Miniatures
When I was really little I used to play 'regular' card games with my grandmother and my sister. Maybe this started something much bigger later in my life.

When still at elementary school I found out about Advanced Dungeons and Dragons. From my play group I later learned about card games (Doomtrooper, Magic: The Gathering) and miniature games (Warhammer, Warzone). I later found out that my cousins were into this as well. So here I am - still playing those games (it's primarily card games and board games now).

Education
I finished high school with Maths and exact sciences (Physics/Biology/Chemistry) specialization and then continued on to Nuclear Physics and Physical Engineering faculty at CVUT. I left the university due to a deep depression that lasted for quite some time. Actually it started during my last year of high school. I was twenty at that time and I thought I would simply give up on everything. My life wasn't particularly nice. Nowadays I regret leaving CVUT because I realized that this was the only place where I felt being a part of something. This is something I don't usually feel. Both the teachers and students were awesome people.

After some more and some less successful work experiences I decided to study something that fascinated me since my childhood as well - Interactive Media. Since my childhood I loved to play games, mess up with graphics, sound (mods and midi), video and web sites. I also like to draw but I'm not that good at it. I'm actually better at painting. All this led me to Interactive Media programme. Even though most classes need quite extensive technical knowledge the majority of my classmates were artists, journalists, professional photographs etc.

I finished the studies in June 2012 and since then I tried living off by selling Magic: The Gathering cards (either altered or non-altered). It didn't really work out that well due to many other things that happened in my life, but all those Magic cards helped me through this difficult period. Magic still pays for what needs to be paid.