At Midway stand I went to stand the line for Mortal Kombat vs DC Universe and I have to say I don't regret it. I felt really awkward when I saw all the surprised faces staring at me and then a few moments later some people started taking photos of me. After quite a long time waiting I went to play against one nice boy. I came to an already started round - I played with Sonya Blade and my opponent played with Scorpion. So after few "get over here"s I died. After this I was choosing all the Mortal Kombat characters playable at GC. It was Scorpion, Sub Zero, Shang Tsung and Sonya Blade. On the other side it was Joker, Superman and two other characters I have no idea who it was.

The game is much smoother and has many new features and fun moments in game play. For example if you toss someone across the arena and that person hits a wall he can fall to a stage underneath. This would be normal, but you can still attack him in mid-air and the other person can block. Also I got few "test your might"s this way and some other fast reaction based actions were needed during the fights. Special moves inputs are usually close to those you know for the MK characters so this is fine.

Basically what I like is the camera flow, the moves of the characters (of both the attacking and defending).

Later that day I got to meet Ed Boon and I cannot express how HAPPY I was that I got this chance. 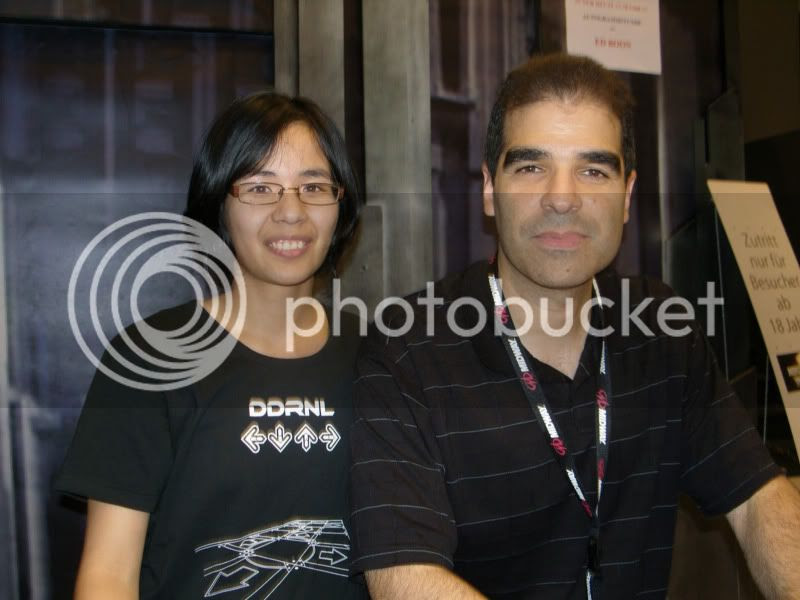