DEEMO is a mobile rhythm game from 2013 that features beautiful piano music and became popular through the years. In 2019 a game titled DEEMO -Reborn- came out. This game is indeed a Deemo game but is not only a rhythm game but also a point and click adventure game. You can play it in a traditional way on Playstation, Switch or PC, or you can enjoy it in VR on PSVR or PCVR.

The game starts with an elegant black almost stick figure creature, named Deemo, playing the piano. Then we can see a bright light and a window opening above the piano. Little girl falls down from it and is caught by Deemo. From there on the little girl - Alice - tries to find a way home. Alice discovers that a tree grows when music is played on the piano. Meanwhile Alice walks around what seems to be a magical castle. There she finds sheet music Deemo can play to make the tree grow taller. In order to get sheet music, it often requires Alice to solve puzzles. She also discovers different clues about its inhabitants and everything seems strangely familiar. You get the feeling that something is really wrong about the whole place. 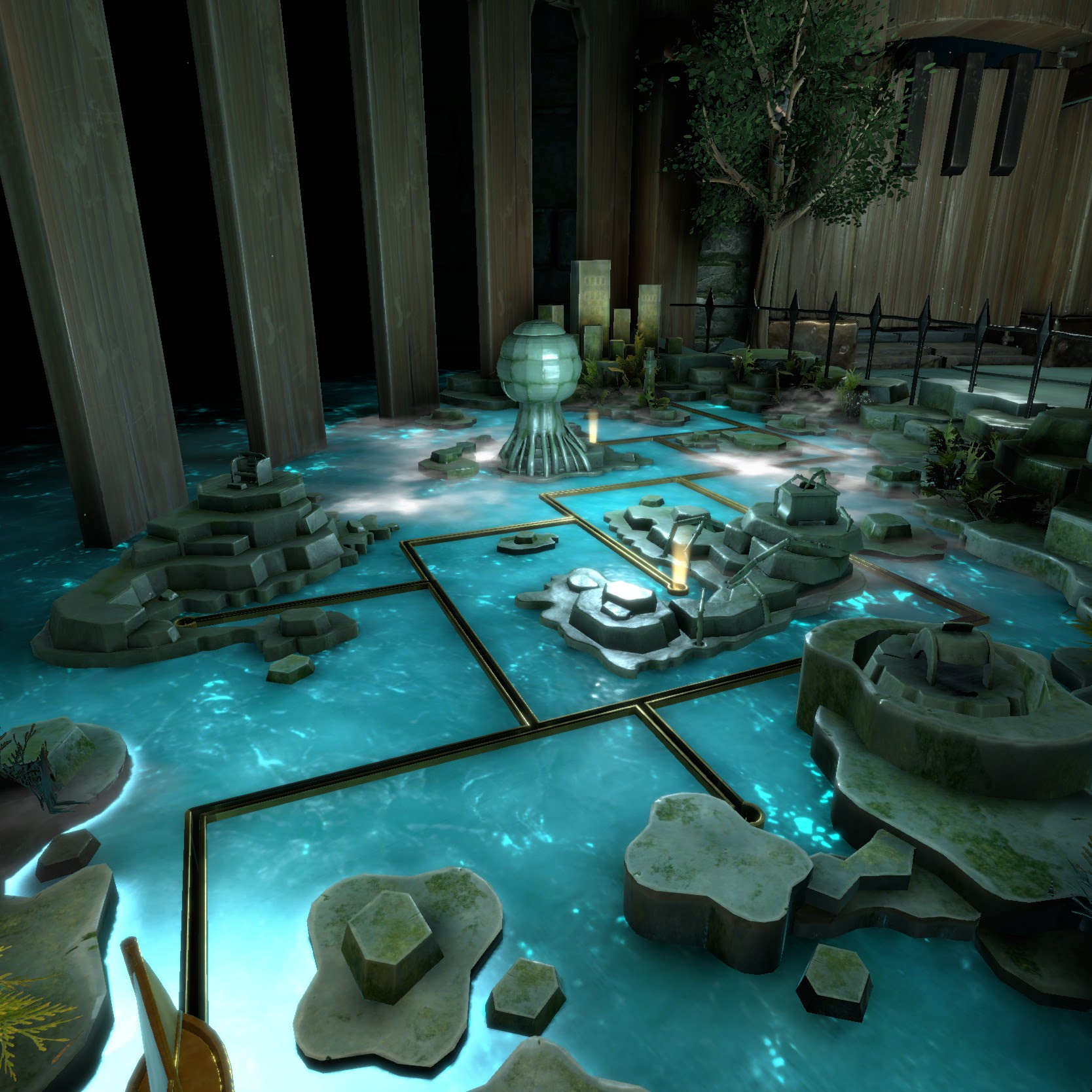 To advance in the game you will have to play different songs which is the rhythm game part of the game. Once you click on the piano to play, you will be taken to a new environment. Notes will scroll down to you and when they arrive to a target line you will have to use your hands (if in VR) to press an imaginary piano key below where the note lands on the target line. In TV mode you will play the game either on keyboard using S, D, F, J, K, L keys or Left, Up, Right, Square, Triangle, Circle on a controller. The keys cannot be rebound which may annoy some people who are already used to play 6-key mode using different keys (it's one key off from DJMAX default setting which turned out to be a problem for my hand). The D/K or Up/Triangle notes are black and the rest shows white. The songs in VR have 2 difficulties while there are 3 in TV mode (Easy, Normal, Hard).

While VR is not particularly great for this kind of play, the difficulty of songs seems to be balanced for VR play - there are VR charts and they are not difficult. The controls are a bit finnicky though because it is rather difficult to know when a hit registers (it also registers when the keys are hit from the bottom) and it is very easy to 'miss' by accidentally hitting the piano keys. Slide notes are ok to play in VR as you can just swipe with your hand in the correct direction. On the other hand the TV controls may be problematic for those that do not have prior rhythm game experience. While I find 6 keys to be enjoyable it may be confusing to new players. Slide notes are being confirmed by pressing and holding spacebar which does not feel particularly fun. The adventure part of the game is very beautiful. The game is played from third person perspective. In VR this is rather odd (there are fixed camera angles) but it is still a very nice and rather unique experience. The environments are gorgeous especially in VR. The story is something each player should experience on their own so I won't tell you more. Note that the story is rather deep. The game is pretty much point and click puzzle game even though this is primarily how it is in VR since otherwise it was meant to be played on a (dualshock) controller (which I find rather difficult). Some puzzles are logical and some may require some trial and error or memory, and lastly one room has musical 'puzzles'. While these are no hardcore puzzles they are still enjoyable. 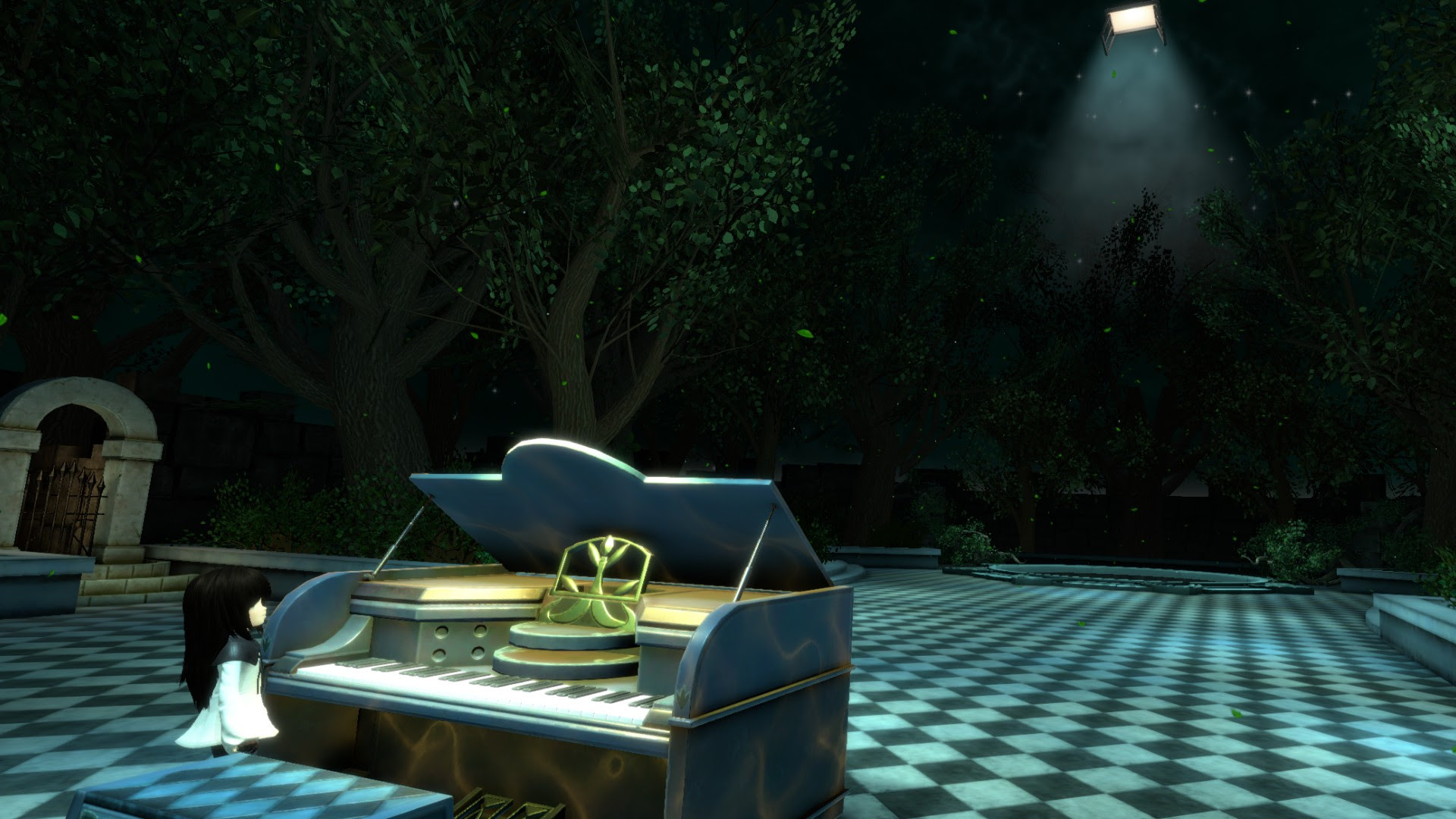 Verdict:
DEEMO -Reborn- is stunningly beautiful game with mysterious and sad atmosphere. Visuals are gorgeous and the music is beautiful and soothing. Alice's voice is a voice of a child lost and it adds a lot to the atmosphere and I'm glad it stayed in Japanese and wasn't dubbed. The story is rather deep and made me feel really uneasy. The puzzles were nice in design even though they weren't difficult, easy enough to be enjoyed without frustration. As for the rhythm game part. At first I struggled to hit the notes and I didn't understand why some notes are white and some are black. When I set the speed to 8x I finally managed to hit the notes correctly and could fully enjoy the music while happily stepping around and waving my hands to hit the notes. The song list is rather limited compared to the mobile version but there is still way more songs than I expected (over 60?).

I bought DEEMO -Reborn- for the rhythm game aspect but the good short story game mesmerized me. The rhythm game aspect is not that great but what can you do when you are trying to port a game from a mobile touch screen? I love the music though. I can recommend the game to everyone who enjoys a good story and puzzles and won't suffer on trying to play a casual rhythm game. I find it well done and beginner friendly (but I'm also a hardcore rhythm game player so my perspective may not be accurate).